This bundle features the Patreon-exclusive postcards from three seasons of Friends at the Table. It features original fiction from the worlds of Hieron, Twilight Mirage, and Bluff City. It also features fiction from Austin Walker and Jack de Quidt and original artwork from Janine Hawkins, Annie Johnston-Glick, and Lily Pfaff.

As a bonus when you purchase the postcard bundle we will include all four Friends at the Table fanzines.

All proceeds from this sale will be donated to charity.

About the Groups We're Supporting

Reclaim the Block began in 2018 and organizes Minneapolis community and city council members to move money from the police department into other areas of the city’s budget that truly promote community health and safety. They believe health, safety and resiliency exist without police of any kind. They organize around policies that strengthen community-led safety initiatives and reduce reliance on police departments. They do not believe that increased regulation of or public engagement with the police will lead to safer communities, as community testimony and documented police conduct suggest otherwise.

The Bail Project is a national nonprofit organization that provides free bail assistance and pre-trial support to thousands of low-income people every year while advocating for dramatic transformation of the current criminal justice system.

The Marshall Project is a nonpartisan, nonprofit news organization that seeks to create and sustain a sense of national urgency about the U.S. criminal justice system.

In order to download this bundle you must purchase it at or above the minimum price of $150 USD. You will get access to the following files:

Friends at the Table Bundle.zip 440 MB 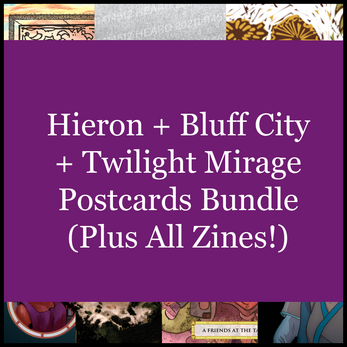